With the development of the technological environment, traditional typography should be changed and adapted to suit the new requirements. Among the media, AR is currently drawing attention in the design field. Typographical problems in AR implementations are being revealed and solutions have not yet been sufficiently addressed. In particular, the presentation of legible augmenting information in open space is proving to be complex. Problems arise mostly from unmanageable environmental conditions such as natural lighting at different times of the day, varying backgrounds, and text overlap.

To suggest a new perspective to the ideas of my thesis, I experimented with how to manage typography when using Augmented Reality from the perspective of readability and hierarchical order in an open space. With the following sub-questions I specified and narrowed down my objective: how to solve the typographic problems encountered when reading the information in open spaces with an Augmented Reality device and what options can manage information when using Augmented Reality in the outdoor environment. The proposed questions strongly focus on legibility and hierarchy with practical tests. My aim was to apply traditional design methods and theories to AR screens, identify their limitations, and suggest potential solutions. The research concentrated on design principles that are required to solve the described challenges by contributing to the emerging AR field.

In order to analyze the AR design environment, I explored the current status of AR technology and the existing AR interface design guidelines as the first step and investigated the principles of typography in the existing media. In addition, I developed several ideas on how to solve AR typography problems from the designer’s perspective by studying traditional typographic references. These ideas include four categories: text brightness, text colour, text thickness, perspective, and vanishing point. Subsequently, I experimented with this concept and examined effective applications in the AR environment. In a second experiment, I proposed criteria for the hierarchical division of three-dimensional space based on the structure of information. I explored former cases of organizing information in three-dimensional space and tested them in the AR space by referring to them. Based on the shape of the object I suggested the following categories: horizontal/vertical and long/short. This presents a completely new composition principle depending on the length and width of the object.

To conduct illustrative experiments, I chose to find a suitable place to test AR typography. I looked for an object to which I could link background information in open space and found that sculptures in Basel would be highly convenient. Using sculptures, I found useful results: I then organized the results on a website named AR typography.

The goal of this thesis and the contribution to design is that – by presenting a clear basis on how to deal with typography according to the characteristics of three-dimensional space – I should like to provide designers, who are accustomed to two-dimensional media, with a guideline on how to adapt to this new and constantly changing design environment in the future 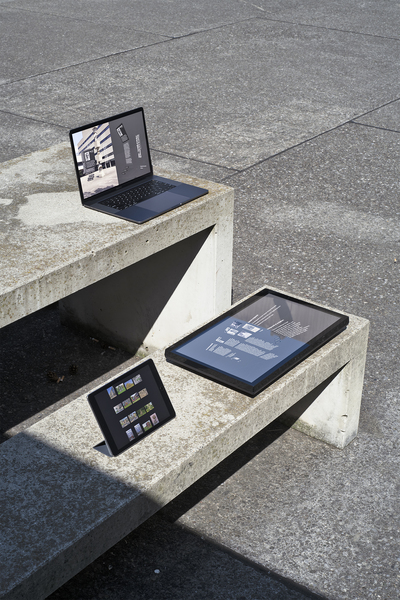 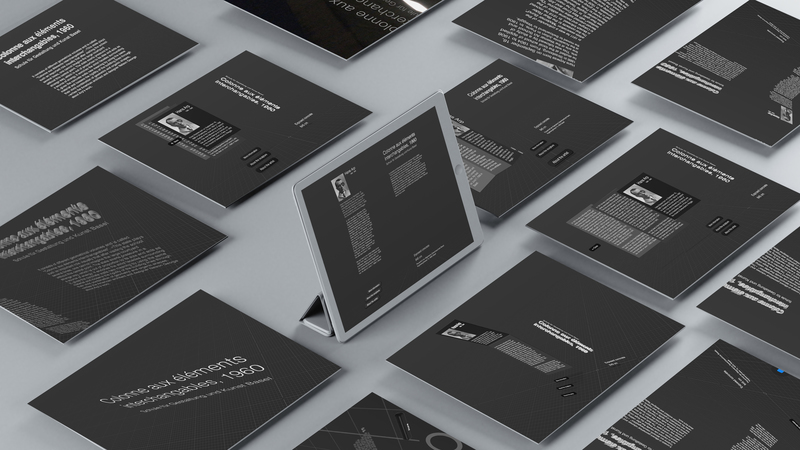 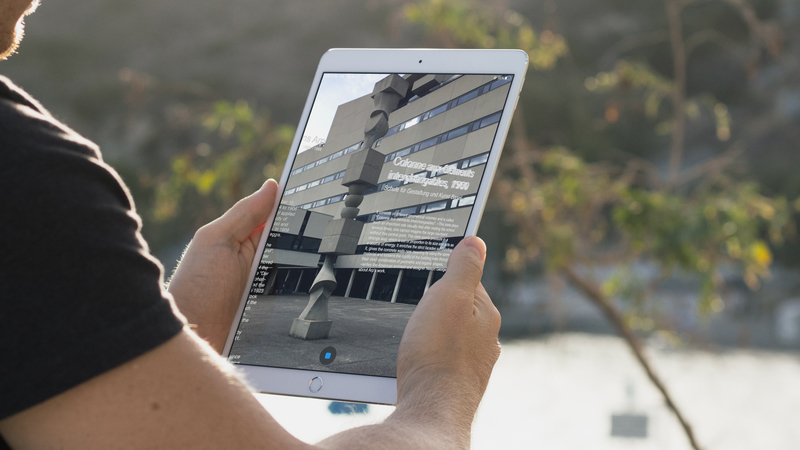